Just Because You're The Leader... 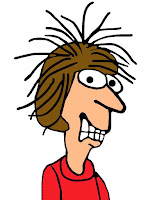 Just because you're the leader  doesn't mean you have to do all the work. If you lead your Referral Group perhaps these four rules will help.

Here are my 4 rules for leading:
At Gold Star Referral Clubs, our nationwide Business Networking and Referral Marketing organization, we change leaders on August 1st. They serve for 6 months at a time. If you are thinking about stepping up to the position of leader at Gold Star or in any capacity, remember to delegate, recruit help, empower your people and appreciate them.

I hope this inspires you to be a better leader.

www.GoldStarClubs.com
Posted by Unknown at 7:54 AM No comments: 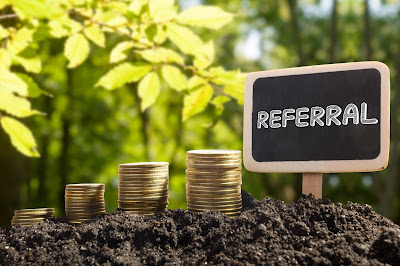 When Antonio with A-Team Plumbing, joined Broken Arrow Gold Star Referral Club in 2014, he really didn't know what to expect. Maybe a few jobs here and there.However, every time he stood up and gave his 60 Second Presentation, it was like planting a little referral seed in very rich soil.  He tried to never miss a meeting. Today, he can say that the full harvest is in. Three years of planting referral seeds as brought him so much business that he has to give some away to other plumbers. That is a true Go-Giver!

Joe Stumph likes to use these Magic Words when planting a referral seed:

Magic Words
"Isn’t nice to know you now have a friend in the business who you can feel comfortable introducing your family, friends and neighbors to help them with what they want?"

Here are a few more ways to plant referral seeds in your business networking group:


When you consistently plant referral seeds, you are guaranteed a harvest of business.

I Have A Parole Officer 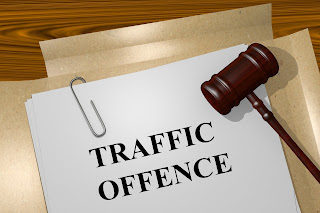 Well, I got a traffic ticket for going through a yellow light... really! A yellow light. A possible $150 fine and 2 points.

When I saw the police car lights twirling behind me I'm thinking, "He must be after that blue car." Except the blue car kept going and it became obvious that it was ME he was pulling over.

OH MY GOSH! I haven't had a ticket in over thirty years. My tail light must be out.

Dead serious, like I robbed a bank serious, the officer comes to my window and asks for my license. He was a little scary. I asked permission to go into my purse to get my license and insurance.

"You went through the yellow light." He said.

"Haven't you been watching the news? We're giving out citations for yellow lights. It's been all over the news."

A hot flush of anger hit me in seconds. I said, "Really? REALLY! You're giving me a ticket because I went through a yellow light? REALLY!" I was seething mad and it took a ton of will-power not to say anymore. AND I had a lot I wanted to say especially when he proceeded to lecture me.

Fifteen minutes later I was sitting with my husband Todd over lunch with a traffic ticket in my hands. I was so offended. Poor Todd, he patiently listened to my story over and over again until I wore myself out talking.

By early afternoon, I had called my attorney and emailed him a copy of the ticket.

Now, I'm telling you this story for a reason. Not just to sound off.

Like me, you may have found a time when you were offended or you were criticized or penalized for something you did or did not do.  It happens - in our personal lives and in business.

When it does, you have some choices to make. Do you confront the person? Do you argue your case? Do you tell them what-for? Do you silently seek revenge?

In my case, I went to court to fight the ticket. The officer's vehicle camera showed that the back end of my vehicle was barely in the intersection when the light turned red. His Sargent was in the car at the time and I understand that he ordered the officer to pull me over and give me a citation. Which meant that there were two, not just one, but two eye witnesses to overcome in court.

My choices were... continue to fight the traffic ticket and come back to court in about a month or agree to "no contest", pay the fine plus court costs and go to a six hour Defensive Driving Class in order to get the points on my record dropped. I decided on the later.

Here's the reason. This whole business was stealing my joy. Yes, I feel that I could have won the case. I even thought about calling the local news station and making a big deal out of the unfairness of it all. The anger about the whole ordeal was waking me up at night.

As I stood by the jury box waiting to step in front of the judge, I silently asked God to help me with the ridiculous anger. I reminded myself that life is too big to be little. And this was a little thing.

I said, "Beth, get over yourself. You're too blessed to let this steal your joy. Take the penalty and get on with what's wonderful in your life."

I pleaded no contest. I have to report to my parole officer when I've completed my defensive driving class. I will pay a fine, some court costs and fifty dollars for the driving class.

We have choices to make every day. Some days are worse than others. However in the end, we can choose to fight for joy by not fighting. Save your energy for the big battles. Don't let little things steal your joy. It's not worth it.
Posted by Unknown at 10:11 AM No comments: